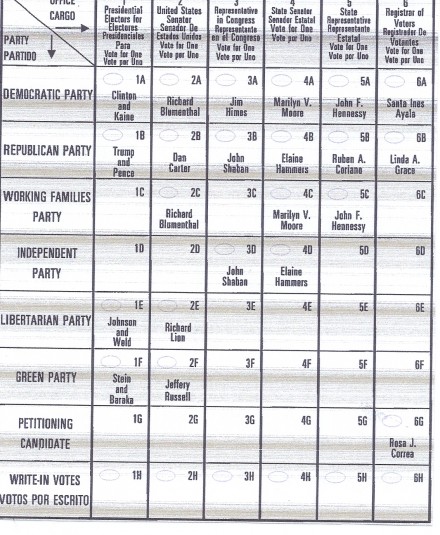 Ballots have been printed for the Nov. 8 general election. The example above is for the 127th State House District that covers candidates for President, U.S. Senate, U.S. Representative, State Senate, State House and Registrar of Voters.