The court case was brought by Caitlin Clarkson Pereira, a Fairfield mother, who ran for state representative in 2018.

The decision opens the door for more parents to seek public office.

“I am elated that the court ruled in our favor,” Clarkson Pereira said. “We have gone multiple election cycles without knowing the final verdict, keeping countless candidates from entering races because the expense of child care would be such a burden. I have always been confident this was the answer we should have received from the beginning, and it’s past time Connecticut officially joins all the other states that allow such an expense.”

From the court decision. 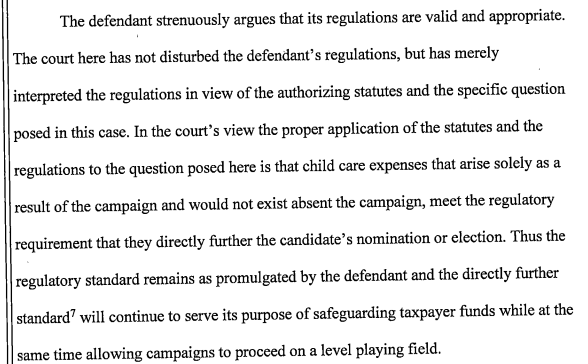