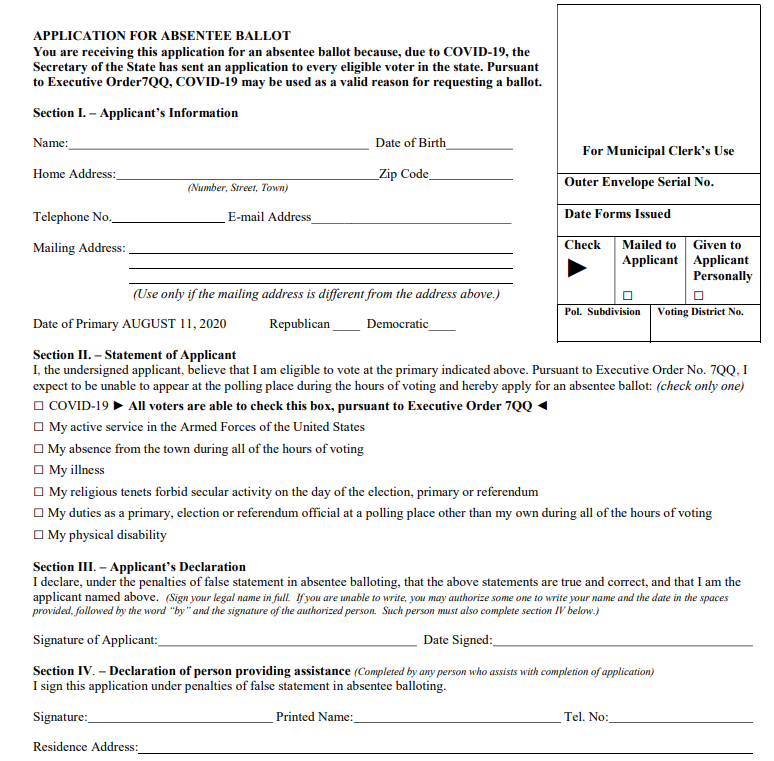 For the first time Connecticut electors registered with a party may vote by absentee ballot in the August 11 primaries due to the COVID-19 virus as a result of Governor Ned Lamont’s executive order.

As noted above, simply check the COVID-19 box on the absentee ballot application that has hit most voting households in the state.

If you haven’t received one they are also available here

The Office of the Connecticut Secretary of the State mailed the applications that included a postage paid return envelope to the local town clerk. The actual absentee ballots will be available July 21st, three weeks from primary day, mailed to voters by respective town clerks.

In-person voting will still be available, but it’s expected that a high proportion of voting will come via absentee.

Three other State House candidates who did not qualify for the ballot because of petitioning snafus Bob Keeley, Wanda Simmons and Bob Halstead are asking courts to order ballot access.