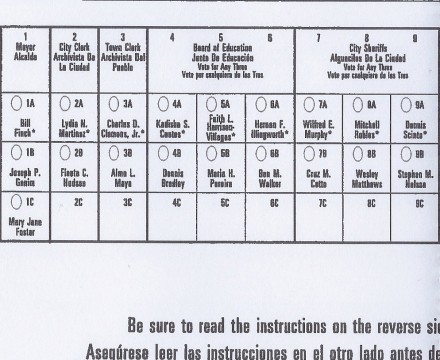 The September 16 Democratic primary ballot is set. The ballot pictured, featuring citywide candidates, is for districts without primaries for City Council. In districts that have City Council primaries, 130, 131, 132, 137 and 138, the candidates appear last on the ballot following city sheriffs.

The dump of absentee ballot applications to the Town Clerks’ Office began Tuesday. It’s expected thousands of applications will be returned to the office for mailing of the ballots to primary voters.

Teresa Davidson in the 137th District and Charles Hare and Julia Concepcion in the 138th District petitioned onto the ballot and will be on Mary-Jane Foster’s line.