Mayor Joe Ganim on Tuesday will host city employee town hall meetings in anticipation of a restructuring of government for the start of a new four-year term commencing Dec. 1. Some personnel decisions, according to a letter Ganim issued Monday afternoon to city employees, will be immediate.

Ganim will address city employees Tuesday 12:15 p.m. in the first floor conference room of Margaret Morton Government Center, 999 Broad Street and then at 1:15 p.m. in City Council Chambers, 45 Lyon Terrace. Most municipal service departments are split between those buildings. 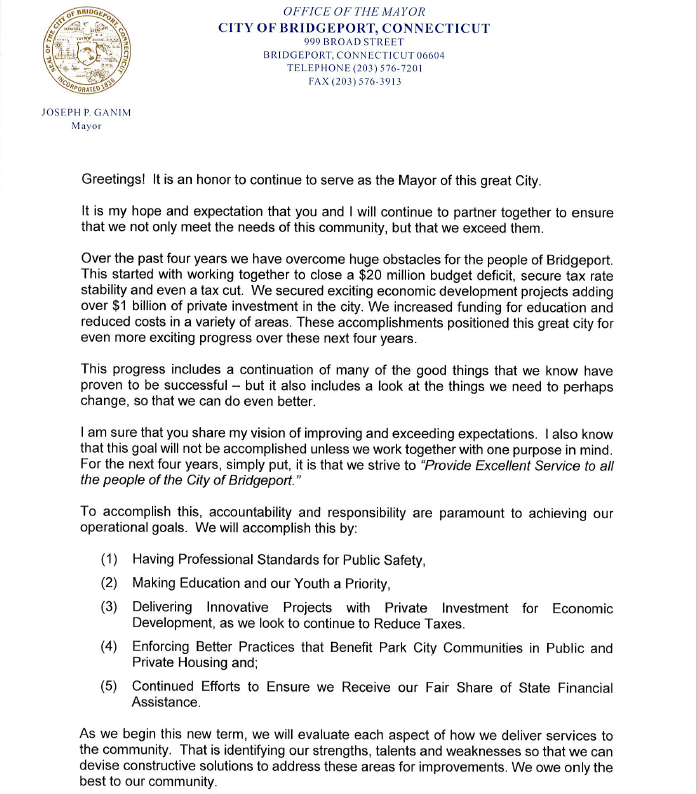 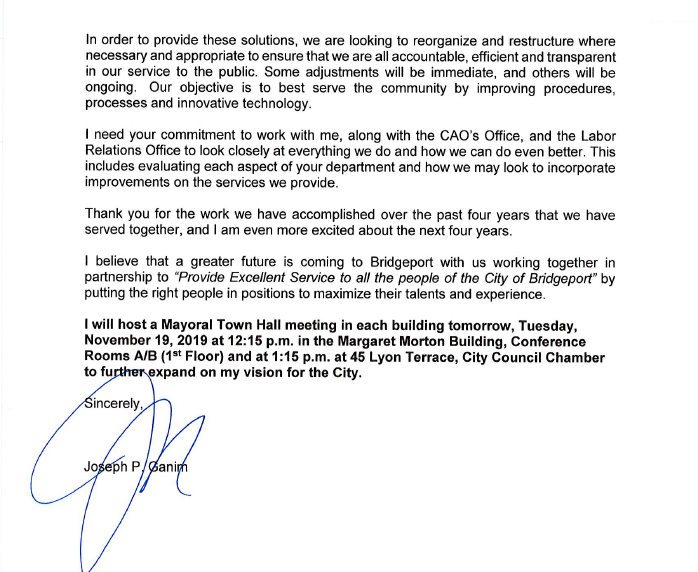