Bridgeport politics is something of a contact sport, but in recent weeks, be it a court challenge to the September 10th Democratic primary, petition signatures gone awry, elections complaints filed with the state, there’s been a dearth of focus on issues. Hopefully, that will change in the final weeks leading to the November 5th general election.

A common message both Mayor Joe Ganim and write-in candidate for mayor Marilyn Moore are sharing on their social media pages centers on getting out to vote. See Moore video above. 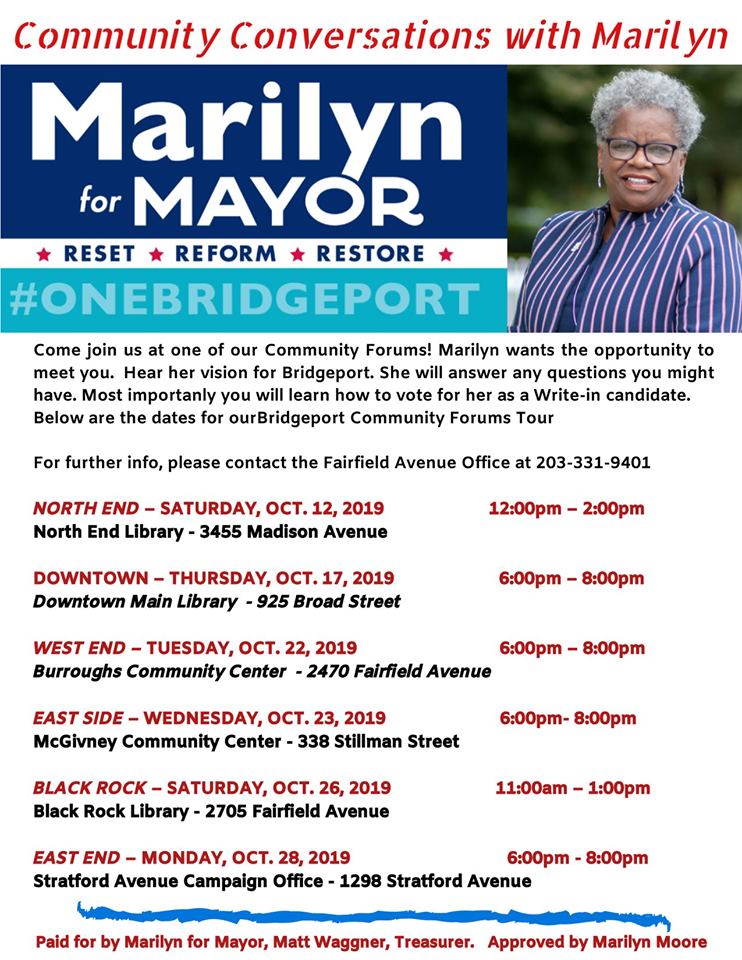 Ganim was joined at his campaign headquarters by State Rep. Chris Rosario emphasizing the fundamental right to vote. See video above.