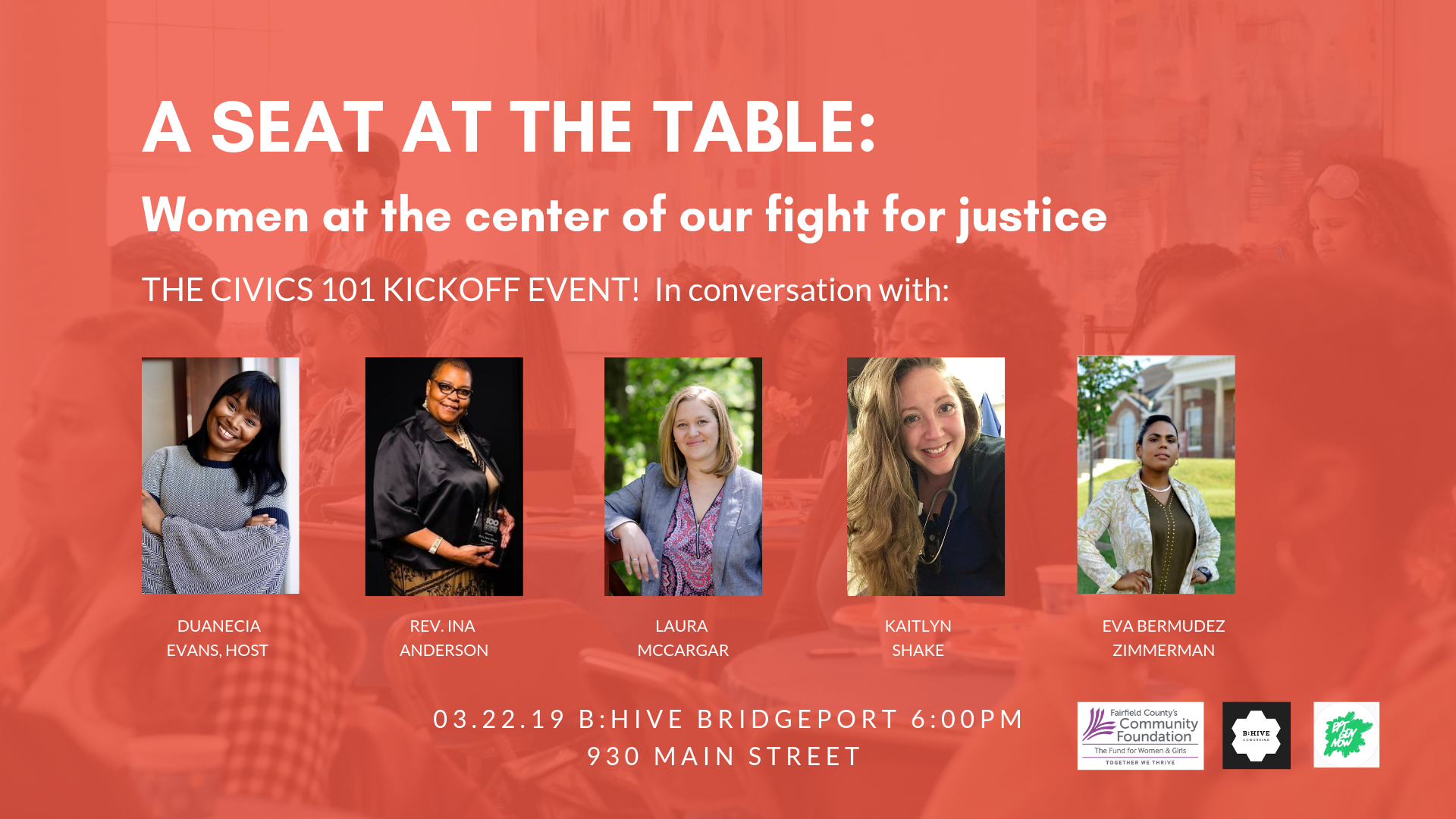 Eva Bermudez Zimmerman, a Democratic candidate for lieutenant governor in 2018, will be among the featured speakers at Bridgeport Generation Now’s Civics 101 kickoff event Friday 6 p.m. at B:Hive Co-working Space, 930 Main Street, Downtown. Zimmerman’s insurgent race garnered a lot of media attention in her summer challenge of Susan Bysiewicz who won the primary on her way to a general election win running with Ned Lamont.

Bridgeport Generation Now invites the Bridgeport community to A Seat At The Table: Women at the Center for our Fight for Justice, The kickoff event to our 3rd Annual Civics 101 workshop.

A Seat at the Table: Women at the Center of our Fight for Justice is a conversation and celebration! Join us for a dialogue on living your values in 2019, with women invested in the fight for social equity and justice. We’ll hold space for what this looks like in the city of Bridgeport, and what women’s inclusion in the work means for Connecticut moving forward. After the conversation, stay for drinks, food, art and music by DJ Dana Cobbs.

A Seat at the Table: Women at the Center of our Fight for Justice is sponsored by Fairfield County Community Foundations Fund for Women and Girls and B:Hive Co-Working Space.

About Bridgeport Generation Now’s 3rd Annual Civics 101 workshop.
Civics 101 features an impressive 20 civic workshop sessions! Held at the University of Bridgeport, Shintaro Akatsu School of Design (SASD) 84 Iranistan Avenue, Bridgeport on March 23rd and 24th, topics include: Know Your Local Government, Public Safety and Police Accountability, The Intersectionality between Spirituality and Social Movements, Participatory Budgeting, The Work of Anti-Racism, Women Employment and Entrepreneurship, How to Run a Political Campaign and many more. Additionally, a Youth Track will be co-facilitated by youth members of Bridgeport Generation Now and Make The Road CT. We will end the weekend with a Bridgeport focused interactive visioning exercise led by artist, educator and activist, Gerald Moore.