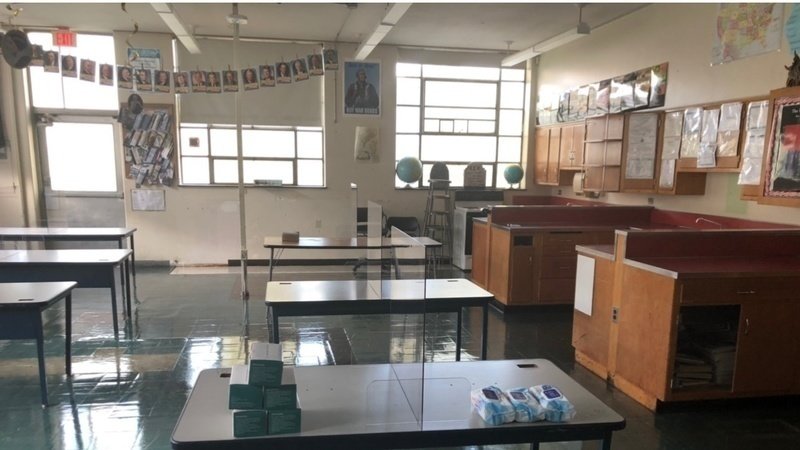 Board of Education member Joe Sokolovic has started a petition calling on education advocates to “please contact the Governor’s office by any means below and tell him to fund the formula. Our children have been waiting for equity long enough!”

On February 10th 2021, the Governor’s budget proposal has proposed both maintaining the 2021 funding level and a delay of the formula phase in. It also will hold districts harmless for COVID related enrollment volatility. While the latter, holding districts harmless, benefits nearly every district and should remain, the delay of implementing the ECS formula harms alliance districts, most of which are majority communities of color.

The ECS, or cost sharing formula, was updated and adopted in 2017 in order to begin to address inequities in the funding of local school districts. Rather than fully fund this march towards equity a ten year timeline was adopted with incremental increases year by year: a timeline which the governor wants to pause and flat fund districts for the next two years; the method which the state uses to compute how much each district receives in funding. It uses a complex formula that calculates aid based on town income, poverty rate, the number of  English Language learners, property wealth of a town, and bonuses for higher needs towns.

In December 2020 the Coronavirus Response and relief Supplemental appropriations act 2021 (CRRSA) was passed and the  second Elementary and Secondary School Emergency Relief (ESSERII) act was  passed. The state of CT received about 443 million dollars in FEDERAL funds to be distributed to Local Education Agencies (LEA’s) to be used for specific reasons related to COVID and its impact on our most vulnerable students. These funds have restricted uses, are not meant to be used to cover operating normal operating expenses, and would not be reimbursable under ESSER funding.

In a normal year, districts count on increased state funding to order to partially pay for escalated costs such as: staff raises; increased fuel costs; increased transportation costs; increased special education costs; and a plethora of other inflationary items. The portion of rising costs that the state does not pick up has to be either made up by the local school district or by cuts to the budget. In all too many cases in our less affluent towns, with the wealth to make up for the shortfall, this is made up by cutting services to our most vulnerable citizens–children. Some districts have reduced staff by over 230 positions in the last five years alone. They were forced to cut many programs and work with old, outdated curriculums as well. Now, the state of Connecticut is refusing to invest one more state tax dollar in our children. In a money saving effort, Lamont wants districts to use FEDERAL money, meant to be used to heal our children academically, socially and emotionally, to be diverted to essentially keeping the  lights on. This leaves millions of dollars less in many districts available for use to help our children recover from the ravages of COVID.

I urge you, my fellow Connecticut residents, that in addition to signing this petition, please contact the Governor’s office by any means below and tell him to fund the formula. Our children have been waiting for equity long enough!