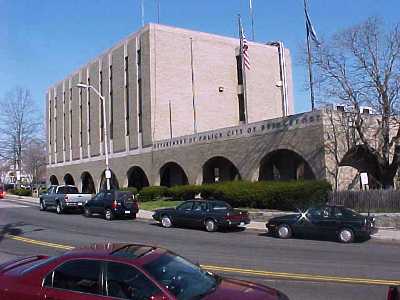 About 30 percent of Bridgeport’s 702 public safety officers reside in the city, according to statistics provided by the city for members of police and fire services.

The topic of residency for uniformed services is sometimes debated in the OIB comments section. Supporters of residency argue that it provides multiple benefits to the city including economic impact through the spending of dollars in Bridgeport as well as a stronger connection to citizens being served. Residing in Bridgeport builds knowledge of community and political activism that drives additional voters to the polls.

Case in point, when residency was required, the 1973 reelection of Republican Mayor Nicholas Panuzio who was swept back into office by members of uniformed services rallying his proposal for a pension following 20 years of service, better known as 20 and out. The Democratic candidate Bill Mullane argued it would break the bank. A few  years later under Mayor John Mandanici, the 25-year policy was restored. Still, it showed the power of the police and fire vote. And other future elections as well.

Bridgeport’s Personnel Director David Dunn, for one, says he’d like to see more members of police and fire city residents. “When residency was removed it contributed to hurting the middle class of cities,” he said. “Police and fire are occupations that pay good middle class career wages. A lot of them moved out.”

Dunn says the city provides preference points to encourage city resident applications for police and fire. Pass the test and the score is enhance by 15 percent, what Dunn calls the highest percentage incentive in the state. The city also waives the $35 test fee for residents who can show economic hardship.

The counter argument to residency is opponents who claim you don’t want first line defenders exposed to criminal elements who could blow their cover. Also if the cops reside out of town, with no personal attachments, they are more likely to enforce the law. Dunn asserts those claims are fallacious.

Dunn says the 30 percent residency of members of police and fire has been consistent for the past decade. Other cities such as Hartford (see here) have their own measure to prioritize city residents.

Dunn says the city’s in the early planning stages of the next police exam with a committee comprised of his office, the Chief Administrative Office and police personnel examining the technical side of the test. A key component to a higher residency ratio, he says, is the recruitment process to attract a greater pool of Bridgeport people.

The testing process for police includes a physical before the written test, followed by oral examination, lie detector, psychological review, another physical examination including stress test, two drug tests and then physical fitness within 30 days of the first day of the academy. Fire applicants do the same minus the polygraph.

“We look upon this as a career opportunity for applicants,” says Dunn. “The city is investing millions of dollars in careers that are 25 years and more.”