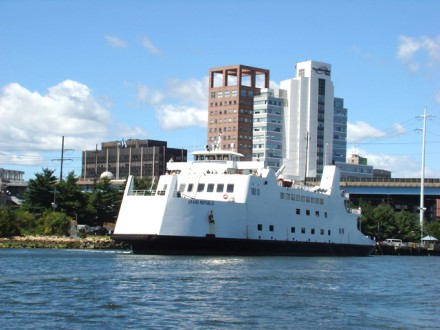 From the Q Poll:

Democratic contenders Ned Lamont and Dan Malloy top any of the three possible Republican candidates for Governor of Connecticut by margins of 11 percentage points or more among registered voters, according to a Quinnipiac University poll released today.

Among likely Republican primary voters, former ambassador Tom Foley leads with 48 percent, followed by Lt. Gov. Mike Fedele with 13 percent and businessman Oz Griebel with 7 percent, the independent Quinnipiac (KWIN-uh-pe-ack) University poll finds.  Another 32 percent are undecided.  This is the first survey of likely primary voters and cannot be compared with earlier surveys of registered voters.

“The Democrats haven’t won a race for Governor in Connecticut in 24 years.  Could this be their year? Both Ned Lamont and Dan Malloy have double digit leads over all the Republicans, including frontrunner Tom Foley. The Democratic candidates benefit from the state’s Democratic registration advantage and they are better known than the Republican contenders,” said Quinnipiac University Poll Director Douglas Schwartz, PhD.

“Democrats also could be helped by the divisiveness of the Republican primary battle, which seems nastier than the Democratic campaign, an unusual twist,” Dr. Schwartz added.

A total of 41 percent of Connecticut likely Republican primary voters have heard “a lot” or “some” about Foley’s two past arrests, while 58 percent have heard “not much” or “nothing at all.” Only 30 percent of these primary voters say the arrest controversy makes them less likely to vote for Foley, as 55 percent say it doesn’t make a difference. Foley’s past arrests are a private matter, 48 percent say, while 28 percent say they are a legitimate issue.

Among those Republican likely primary voters who select a candidate, 73 percent say they might change their mind before the August 10 primary.

Likely Democratic primary voters are more solid in their support, but 50 percent of those who select a candidate say they might change their mind.

Malloy gets a 50 – 8 percent favorability among likely Democratic voters, with 40 percent who haven’t heard enough to form an opinion.  Lamont’s favorability is 60 – 12 percent.

“One month before the primary, Foley has a huge lead over Lt. Gov. Mike Fedele and Oz Griebel. The governor’s race is overshadowed by the Senate battle between Linda McMahon and Attorney General Richard Blumenthal and the controversy over Foley’s arrests is not having much impact,” Dr. Schwartz said.  “So Foley has been unharmed and voters still don’t know much about Fedele or Griebel.

“The race is closer on the Democratic side, where Malloy is within single digits.  This race could go down to the wire.”

Fighting words between lawyers for the city and ferry company are heating up. Take this. No, you take that.

The ferry that connects the state’s largest city with Port Jefferson, NY, the sweet hamlet across Long Island Sound, is a wonderful service for both sides of the pond. Yes, the Bridgeport and Port Jefferson Steamboat Company is in the business of making money. Nothing wrong with that. The city, however, has been unable to maximize those benefits to its downtown. The ferry company and city have been battling for years over tariffs and where they should go. Two years ago the federal court ruled the city (Bridgeport Port Authority) can charge a tariff but revenues must be reinvested to support direct ferry and passenger improvements.

The ferry company maintains the court order has been violated and seeks court action for relief. Keep in mind the ferry company wants to relocate across the harbor to the East End where it claims more space, increased parking, etc. will improve its standing with customers. The city wants to keep the ferry terminal downtown.

The city today sent a “Notice Of Default Of Lease” to Brian McAllister, president of the Bridgeport and Port Jefferson Steamboat Company. The letter, signed by Associate City Attorney Russell Liskov, declares:

This letter is to constitute notice that you are in default for your lease obligations. You have ten (10) days to cure such default. More specifically, you have failed to remit in a timely manner the tariff funds you have collected as the agent for the Port Authority per Paragraphs 7 and 8 of your original lease. The failure to timely remit collected tariff proceeds is a material default. We will expect full remittance of these collected tariff funds within ten (10) days long with the accrued interest.

Moreover, this letter also constitutes a formal demand that the Bridgeport Port Jefferson Steamboat Company shall cause the construction of an Emergency Dock to be built on the premises per Paragraph 7 of the First Amendment to Lease Agreement for Docking at the Water Street Dock…You have had eight (8) years to begin construction of the Emergency Dock and have failed to do so.

From the ferry company lawyer, filed in federal court July 13:

Introduction and Summary of Relief requested

1. I am a member of Akerman Senterfitt LLP, co-counsel for the plaintiffs in this action. I submit this declaration in support of the motion of plaintiff Bridgeport and Port Jefferson Steamboat Company (the “Ferry Company”) for an order of civil contempt against defendant, Bridgeport Port Authority (the “Port Authority”), and related relief. I have knowledge of the facts stated herein.

2. By this motion, the Ferry Company seeks an order:

(a) Holding the Port Authority in civil contempt for failing to reduce the Passenger Fee as required by the Court’s July 8, 2008 judgment,

(b) Scheduling a hearing (the “Hearing”) at which facts concerning the Court’s determination of several substantive issues relating to the Passenger Fee can be presented (as detailed in the accompanying notice of motion), and

(c) Establishing appropriate pre-Hearing procedures, including directing the Port Authority promptly to provide discovery (documents and depositions) concerning {NY106827;1} – 2 – the matters to be presented at the Hearing (also detailed in the accompanying notice of motion).

3. The facts and procedural background relevant to this motion are set forth below and in the accompanying declaration of Frederick A. Hall. We are also submitting a memorandum of law concerning the Court’s powers concerning civil contempt.

Failed Settlement Efforts and the Court’s Notice of Oral Argument

4. From January 2010 until June 2010, the Ferry Company, the Port Authority, and the City of Bridgeport made considerable efforts to negotiate a global settlement which would resolve all remaining issues in this case as well as the parties’ relationship generally. These efforts included two mediations sessions before Magistrate Judge William I. Garfinkel (Docket ## 240, 258) and multiple telephonic conferences with the Court at which counsel and party representatives briefly reported on the status of such efforts (Docket ## 238, 242, 245, 247, 249, 251, 254, and 257).

5. In early June 2010, the parties (through counsel) reported to the Court that they had reached an impasse in their settlement efforts.

Rolled By A Toots

What’s the deal with the UB student shoving candy back at Probate Judge Paul Ganim at the Puerto Rican Day Parade?

Police arrested Michael Williams for breach of peace and threatening. It’s a Paul Ganim tradition to toss goodies to kids during the parade route.

According to police the guy grabbed a handful of Tootsie Rolls from a convertible alongside Ganim and shoved them into his face. “I’m from Brooklyn, I’ll knock you out.” Hey, we’re from Bridgeport, eat this!

Quote Of The Week

Gee, LG, you still had the power to speak, no?

Let’s Get Ready To Rahmble!

What do Chris Dodd and Linda McMahon have in common?

Yes, I do mean President Obama’s chief of staff. Or if you rather, the former Congressman who inherited his seat from former Illinois Governor Rod Blagojevich and received the most campaign contributions from hedge funds, private equity firms and the larger securities/investment industry among candidates for the House in 2008.

Don’t believe me? Then check out the numbers for yourself.

Rahm Emanuel received $320,000 for a no-show seat on the board of Freddie Mac under Chris Dodd’s watch. And he received over $5,000 in campaign contributions in the last decade from none other than Linda McMahon, the sweetheart of Connecticut Republicans.

Congress isn’t a place to make bank, nor is it a place of entertainment. But Dodd, McMahon and Emanuel don’t get it. If you’re sick and tired of business as usual, throw your support behind me in next month’s Republican Primary.